Horesepower at The Ranch: Don Adolfo’s Love of Automobiles

Cars reflect the technological, economical, environmental, and cultural changes in our society.  From the car’s creation in the late 19th century, until Adolfo Camarillo’s passing in 1958, the automobile played an important role in his life.  “Horsepower at The Ranch,” showcases Adolfo’s love of cars ‘his other horses’, in displays of model cars that were around in his lifetime, maps, photographs, articles, and more.
Adolfo Camarillo owned many automobiles over the years, starting with a 1902 Oldsmobile that was controlled with a tiller.  He went on to invest in large touring cars such as the 1909 Pierce-Arrow, Pope Hartford, and Lincoln, that would fit his entire family and be the vehicle of choice for their camping trips to Yosemite, Boulder Dam, and Carlsbad Caverns.  He also admired fast cars and purchased a Maxwell roadster in 1911, a Marmon 34 in 1918, and a Hudson Speedster in 1922.  Cadillacs were a favorite of Adolfo’s, he owned them in many colors over the years.  The automobile also gave the ranch a new life, introducing high power machinery to walnut harvesting, and  trailers and trucks for transporting horses and livestock.
Adolfo’s cars are a time machine for us, and exhibits his participation in the growth and change of the vehicle and auto industry.  From tiller steering to the automatic transmission, Adolfo experienced it all.  Commemorating that history, the Camarillo Ranch Foundation, has hosted car shows since September of 2007. We are grateful to the countless car collectors, volunteers, and enthusiasts who have supported our car show tradition.
We would like to thank The Guzman Family, Helen Faul, Robert McInnis, and Pleasant Valley Historical Society for their contributions and collections. 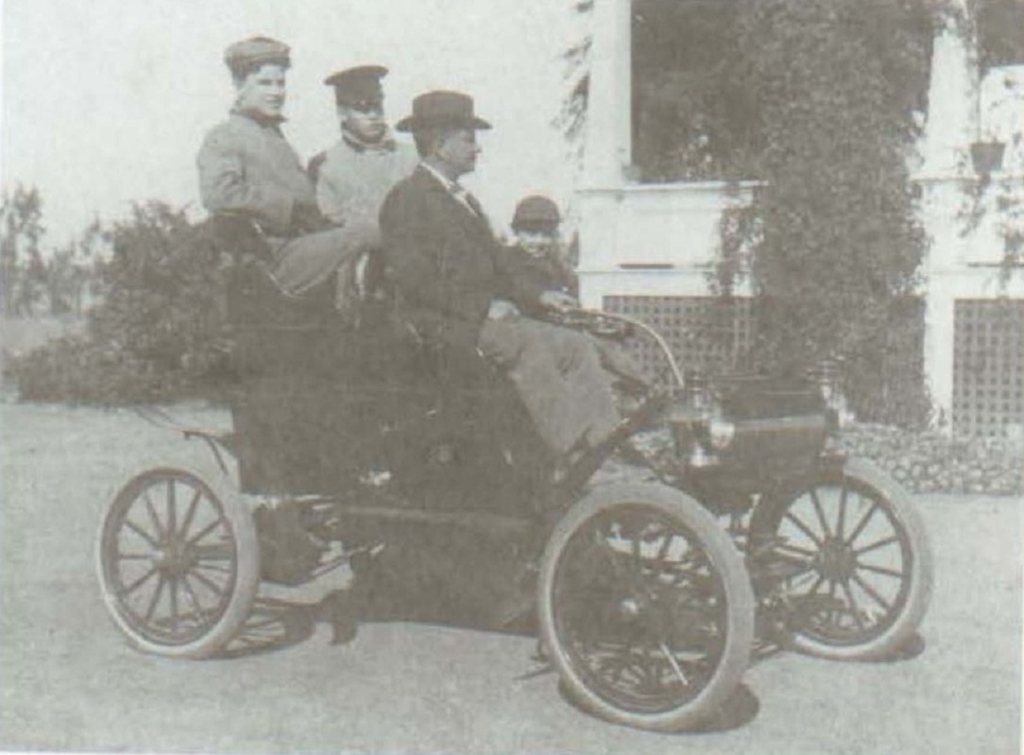